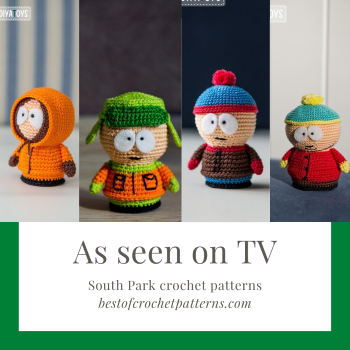 Today I will write about another famous American animated sitcom South Park. I am sure you know the four boys – Stan Marsh, Kyle Broflovski, Eric Cartman, and Kenny McCormick. You can read their stories and find their crochet patterns bellow.

South Park is created by Trey Parker and Matt Stone and developed by Brian Graden for the Comedy Central television network. Since its debut on August 13, 1997, 307 episodes of South Park have been broadcast. It debuted with great success, consistently earning the highest ratings of any basic cable program. Subsequent ratings have varied, but it remains one of Comedy Central’s highest-rated shows and is slated to air new episodes through 2022. 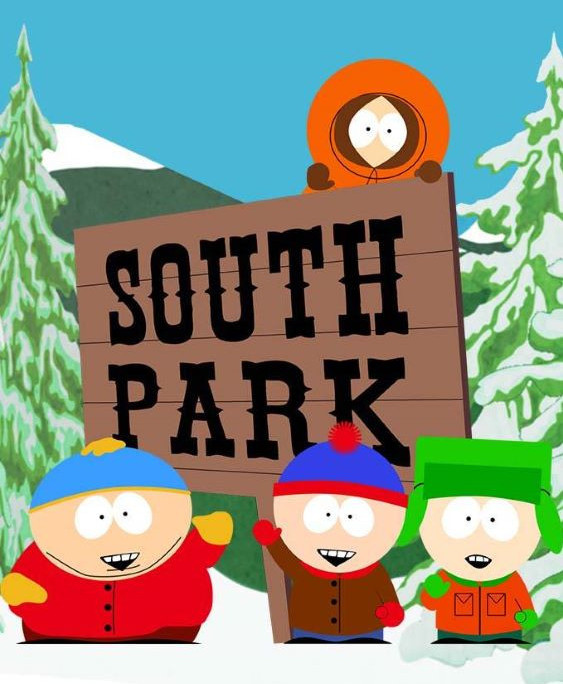 South Park has received numerous accolades, including five Primetime Emmy Awards, a Peabody Award, and numerous inclusions in various publications’ lists of greatest television shows. The show’s popularity resulted in a feature-length theatrical film, South Park: Bigger, Longer & Uncut, released in June 1999, less than two years after the show’s premiere. The film became a commercial and critical success and garnered a nomination for an Academy Award. In 2013, TV Guide ranked South Park the tenth Greatest TV Cartoon of All Time.

The show follows the exploits of four boys, Stan Marsh, Kyle Broflovski, Eric Cartman, and Kenny McCormick. The boys live in the fictional small town of South Park, located within the real-life South Park basin in the Rocky Mountains of central Colorado.

The show’s main characters usually have a defining characteristic: Kyle is the only Jewish kid, Cartman is an overweight sociopath, and Kenny is poverty-stricken and suffers violent deaths. However, Stan is portrayed as “a normal, average, American, mixed-up kid.

The town is also home to an assortment of frequent characters such as students, families, elementary school staff, and other various residents, who tend to regard South Park as a bland, quiet place to live.

Prominent settings on the show include the local elementary school, bus stop, various neighborhoods and the surrounding snowy landscape, actual Colorado landmarks, and the shops and businesses along the town’s main street, all of which are based on the appearance of similar locations in Fairplay, Colorado.

During the show’s first 58 episodes, the boys were in the third grade. In the season four episode “4th Grade” (2000), they entered the fourth grade, and have remained there ever since.

Bellow, you can find the stories and the patterns of the boys.

Stan is one of the show’s four central characters. Stan is an elementary school student who commonly has extraordinary experiences not typical of conventional small-town life in his fictional hometown of South Park, Colorado.

Stan is generally depicted as logical, brave, patient, and sensitive. He is outspoken in expressing his distinct lack of esteem for adults and their influences, as adult South Park residents rarely use their critical faculties.

Stan and Kyle are best friends, and their relationship, which is intended to reflect the real-life friendship between Parker and Stone, is a common topic throughout the series. The two do have their disagreements but always reconcile without any long-term damage to their friendship.

As is the case with his other friends and classmates, Stan is frequently at odds with Cartman, resenting Cartman’s behavior and openly mocking his weight. Stan also shares a close friendship with Kenny, while Kenny professes that Stan is one of “the best friends a guy could have”. Stan can understand Kenny’s muffled voice perfectly and typically exclaims the catchphrase, “Oh my God! They killed Kenny!”, following one of Kenny’s trademark deaths, allowing Kyle to follow up with “You bastards!”

Stan is the only character in the group to have had a steady girlfriend, Wendy Testaburger, and their relationship was a recurring topic in the show’s earlier seasons. As a running gag, a nervous Stan often vomits whenever Wendy approaches to kiss or speak to him.

In many episodes, Stan contemplates ethics in beliefs, moral dilemmas, and contentious issues. He will often reflect on the lessons he has attained with a speech that usually begins with, “You know, I learned something today.

“Stan: Dad, you like to drink. So have a drink once in a while. Have two. If you devote your whole life to completely avoiding something you like, then that thing still controls your life and you’ve never learned any discipline at all.

Randy: But, maybe… I’m just the kind of person who needs to have it all or nothing.

Stan: All or nothing is easy. But learning to drink a little bit, responsibly, that’s a discipline. Discipline comes from within.” 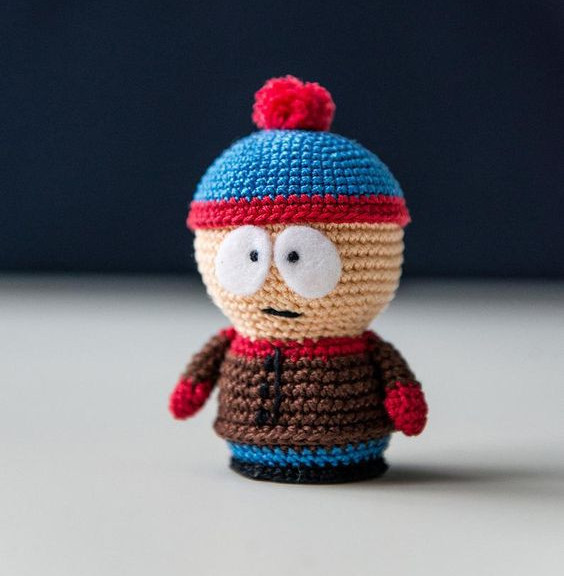 Kyle is voiced by and loosely based on co-creator Matt Stone. He is distinctive as one of the few Jewish children on the show, and because of this, he often feels like an outsider amongst the core group of characters. His portrayal in this role is often dealt with satirically and has elicited both praise and criticism from Jewish viewers.

While Parker and Stone portray Kyle as having common childlike tendencies, his dialogue is often intended to reflect stances and views on more adult-oriented issues. It has been cited in numerous publications by experts in politics, religion, popular culture, and philosophy.

The show’s official website defines Kyle’s role amongst his friends as “the smart one”. He often provides a sober thought to the other boys’ plans or ideas and explains a moral outlook while drawing upon his vast knowledge and intelligence.

Like his friends, Kyle is foul-mouthed as a means for Parker and Stone to display how they claim young boys really talk when they are alone. Parker notes that while Kyle is sometimes cynical and profane, there is an “underlying sweetness” to the character.

Bodily functions and toilet humor amuse him, and his favorite television personalities are Terrance and Phillip, a Canadian duo whose comedy routines on their show-within-the-show revolve substantially around fart jokes.

Kyle’s depiction on the show has drawn both praise and criticism from the Jewish community. Detractors of the character cite his habit of eschewing common Jewish practices and reiterating negative stereotypes for comedic purposes. Supportive Jewish viewers commend the show for using Kyle to accurately portray what it is like for a young Jew to have to endure loneliness and bigotry as an ethnic and religious minority.

“Swearing can be fun, but doing it all the time causes a lot of problems.”

“Family isn’t about whose blood you have; it’s about who you care about. That’s why I feel you guys are more than just friends. You are my family. 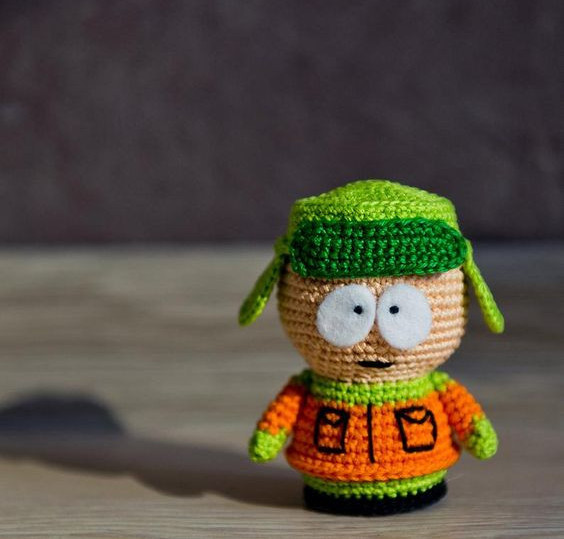 His oft-muffled and indiscernible speech—the result of his parka hood covering his mouth—is provided by co-creator Matt Stone. In a running gag most prevalent during the first five seasons of the series, Kenny would suffer an excruciating death before returning alive and well in the next episode with little or no explanation. Stan would frequently use the catchphrase, “Oh, my God! They killed Kenny!” followed by Kyle exclaiming, “…You bastards!”

Near the end of the production run of the show’s fifth season, Kenny was killed off permanently. The reasoning behind the idea was to genuinely surprise fans and allow an opportunity to provide a major role for Butters Stotch, a breakout character whose popularity was growing with the viewers and creators of the show.

For much of season six, Kenny remained dead but has returned from the year-long absence in the season six finale. He has remained the main character since and has been given more significant roles in episodes. His character no longer dies in every episode and has only been killed occasionally in the seasons following his return.

“I can’t die. I’ve experienced death countless times. Sometimes I see a bright light, sometimes I see Heaven or Hell. But eventually, no matter what, I wake up in my bed wearing my same old clothes. And the worst part? Nobody ever remembers me dying. I go to school the next day and everyone is all “Oh hey, Kenny.” Even if they’ve seen me get decapitated with their own eyes. So you want to whine about curses? You’re talking to the wrong f***ing cowboy.” 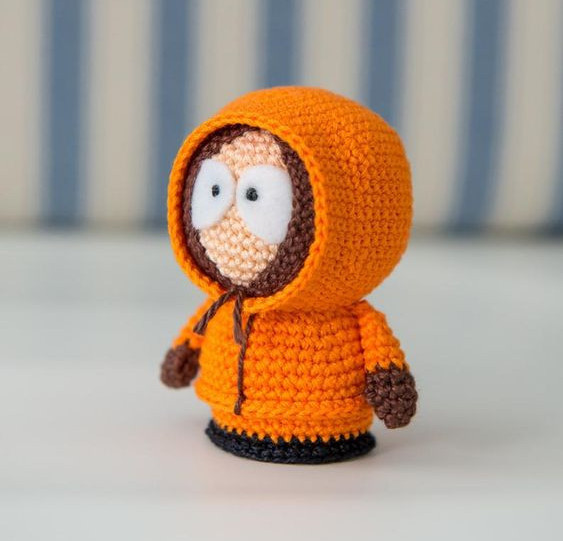 Since his character’s inception, Eric Theodore Cartman has been portrayed as aggressive, prejudiced, arrogant, and narcissistic; Stone and Parker describe the character as “a little Archie Bunker.”

Cartman is considered to be the most popular and famous character in South Park. Parker and Stone state that he is their favorite character, and the one they most identify. South Park has received both praise and criticism for Cartman’s politically incorrect behavior.

Prominent publications and television channels have included Cartman on their lists as one of the most iconic television and cartoon characters of all time.

Among the show’s main child characters, Cartman is distinguished as “the fat kid”. His obesity is a continuing subject of insults and ridicule from other characters throughout the show’s run. Cartman is sensitive and in denial about his obesity. Often reasserting Liane’s notion by exclaiming, “I’m not fat, I’m big-boned!” and will just as often either threaten to bring harm to anyone who mocks his weight or curse them out in aggravation.

Cartman is frequently portrayed as an antagonist or villain whose actions set in motion the events serving as the main plot of an episode. Though Stan or Kyle customarily takes the role, Cartman will occasionally be the one to reflect on the lessons learned during an episode with a speech that often begins with “You know, I’ve learned something today…”

Cartman is a South Park fan favorite and is often described as the most famous character from the series. “Respect my authoritah!” and “Screw you guys… I’m going home!” became catchphrases and, during the show’s earlier seasons, were highly popular in the lexicon of viewers.

“Life goes by pretty fast. If you don’t stop and look around once in a while and do whatever you want all the time, you could miss it.” 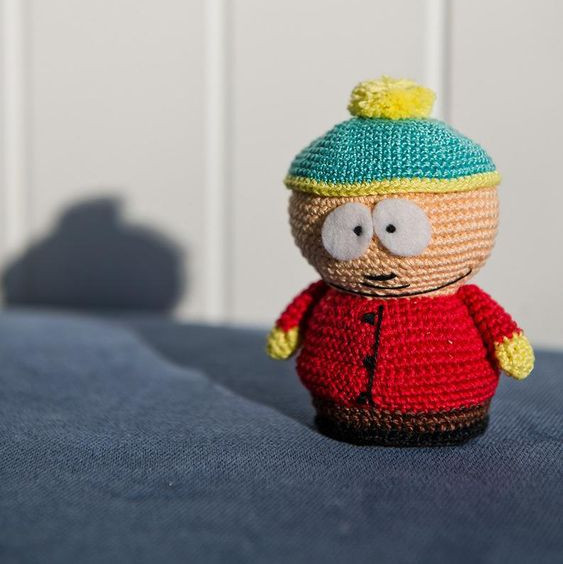 It is interesting how one animated sitcom can affect the whole world, even in science. Did you know that when Sophie Rutschmann of the University of Strasbourg discovered a mutated gene that causes an adult fruit fly to die within two days after it is infected with certain bacteria, she named the gene “Kenny” in honor of the character?

I hope you enjoyed a little trivia about The South Park, and I hope this article wasn’t too much of a spoiler for you. Which character do you like the most? Please, share with me in the comments below. 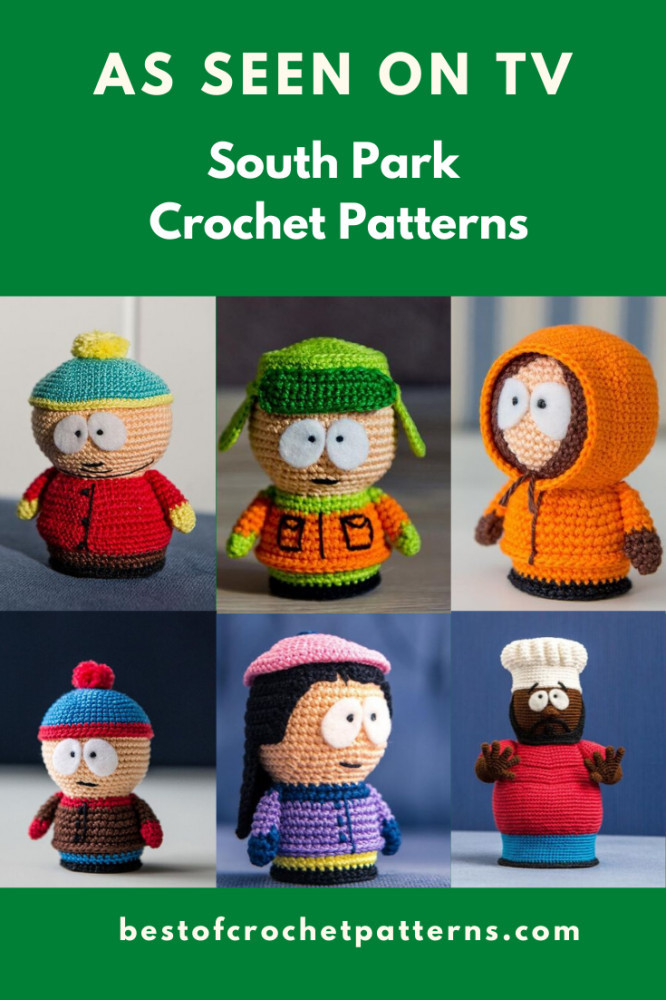