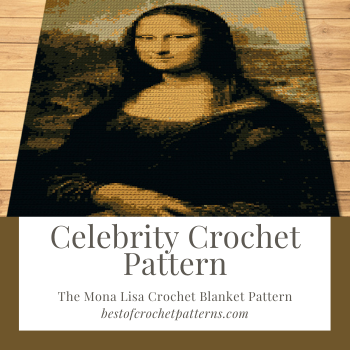 I felt an inspiration and created a Crochet Blanket Pattern of the most famous painting of all time – The Mona Lisa by Leonardo Da Vinci. Below you can read a few interesting facts about the painting, and find a coupon code for 20% off to buy my Tapestry Crochet Blanket Pattern in my Etsy Shop or on my Brand New Website prettythingsbykatja.com

The Mona Lisa is a half-length portrait painting by Italian artist Leonardo da Vinci. Considered an archetypal masterpiece of the Italian Renaissance, it has been described as “the best known, the most visited, the most written about, the most sung about, the most parodied work of art in the world”.

The painting is probably of the Italian noblewoman Lisa Gherardini, the wife of Francesco del Giocondo, and is in oil on a white Lombardy, poplar wood panel.

Leonardo never gave the painting to the Giocondo family, and later, he left it in his will to his favored apprentice, Salaì. It had been believed to have been painted between 1503 and 1506; however, Leonardo may have continued working on it as late as 1517. It was acquired by King Francis I of France and is now the property of the French Republic itself, on permanent display at the Louvre, Paris, since 1797.

The Mona Lisa is one of the most valuable paintings in the world. It holds the Guinness World Record for the highest known insurance valuation in history at US$100 million in 1962 (equivalent to $870 million in 2021). 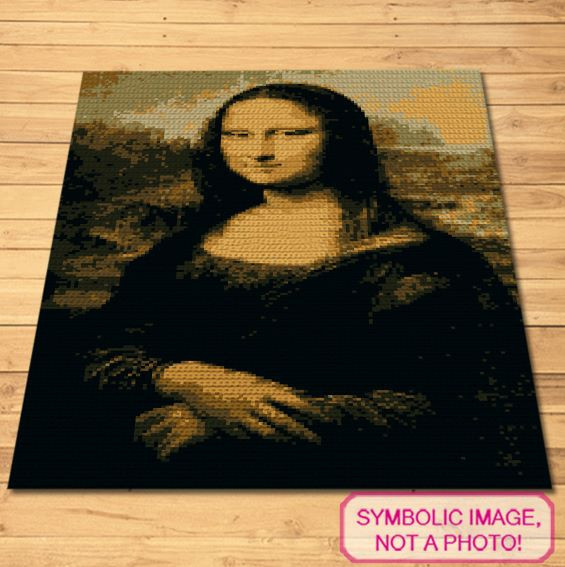 The Mona Lisa bears a strong resemblance to many Renaissance depictions of the Virgin Mary, who was at that time seen as an ideal for womanhood. The woman sits markedly upright in a “pozzetto” armchair with her arms folded, signifying her reserved posture. Her gaze is fixed on the observer. The woman appears alive to an unusual extent, which Leonardo achieved by his method of not drawing outlines (sfumato). The soft blending creates an ambiguous mood “mainly in two features: the corners of the mouth, and the corners of the eyes.”

Mona Lisa has no clearly visible eyebrows or eyelashes. However, Vasari describes the eyebrows in detail. In 2007, French engineer Pascal Cotte announced that his ultra-high resolution scans of the painting provide evidence that Mona Lisa was originally painted with eyelashes and eyebrows, but that these had gradually disappeared over time, perhaps as a result of overcleaning.

After the French Revolution, the painting was moved to the Louvre but spent a brief period in the bedroom of Napoleon (d. 1821) in the Tuileries Palace. The Mona Lisa was not widely known outside the art world, but in the 1860s, a portion of the French intelligentsia began to hail it as a masterwork of Renaissance painting. During the Franco-Prussian War (1870–1871), the painting was moved from the Louvre to the Brest Arsenal.

In 1911, the painting was still not famous among the lay public. On 21 August 1911, the painting was stolen from the Louvre. The painting was first missed the next day by painter Louis Béroud. After some confusion as to whether the painting was being photographed somewhere, the Louvre was closed for a week for investigation. French poet Guillaume Apollinaire came under suspicion and was arrested and imprisoned. Apollinaire implicated his friend Pablo Picasso, who was brought in for questioning. Both were later exonerated. The real culprit was Louvre employee Vincenzo Peruggia, who had helped construct the painting’s glass case. He carried out the theft by entering the building during regular hours, hiding in a broom closet, and walking out with the painting hidden under his coat after the museum had closed.

Peruggia was an Italian patriot who believed that Leonardo’s painting should have been returned to an Italian museum. Peruggia may have been motivated by an associate whose copies of the original would significantly rise in value after the painting’s theft. After having kept the Mona Lisa in his apartment for two years, Peruggia grew impatient and was caught when he attempted to sell it to Giovanni Poggi, director of the Uffizi Gallery in Florence. It was exhibited in the Uffizi Gallery for over two weeks and returned to the Louvre on 4 January 1914. Peruggia served six months in prison for the crime and was hailed for his patriotism in Italy. 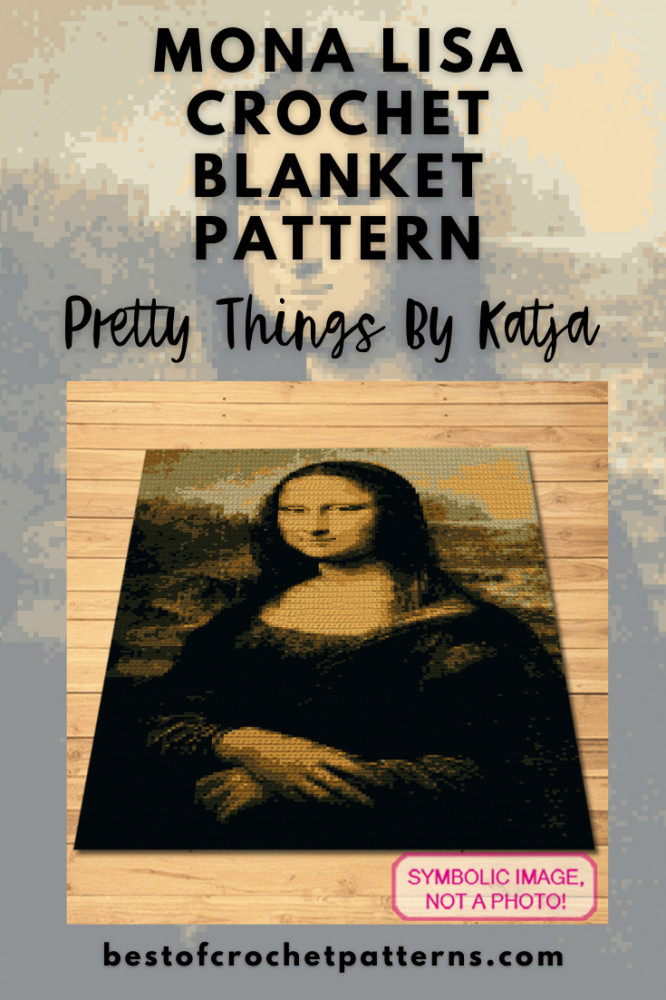 It was again removed from the Louvre during World War II and taken first to the Château d’Amboise, then to the Loc-Dieu Abbey and Château de Chambord, then finally to the Ingres Museum in Montauban.

On 30 December 1956, Bolivian Ugo Ungaza Villegas threw a rock at the Mona Lisa while it was on display at the Louvre. He did so with such force that it shattered the glass case and dislodged a speck of pigment near the left elbow.

The painting was protected by glass because a few years earlier, a man who claimed to be in love with the painting had cut it with a razor blade and tried to steal it.

Since then, bulletproof glass has been used to shield the painting from any further attacks. Subsequently, on 21 April 1974, while the painting was on display at the Tokyo National Museum, a woman sprayed it with red paint as a protest against that museum’s failure to provide access for disabled people. On 2 August 2009, a Russian woman, distraught over being denied French citizenship, threw a ceramic teacup purchased at the Louvre; the vessel shattered against the glass enclosure. In both cases, the painting was undamaged.

Today the Mona Lisa is considered the most famous painting in the world, a destination painting, but until the 20th century, it was simply one among many highly regarded artworks.

Why is Mona Lisa so famous?

There are many reasons. She lived with Francois I, Louis XIV, and Napoleon.

Although da Vinci began work on his masterpiece while living in his native Italy, he did not finish it until he moved to France at King Francois I’s request. The French king displayed the painting in his Fontainebleau palace where it remained for a century. Louis XIV removed it to the Grand Palace of Versailles. At the outset of the 19th century, Napoleon Bonaparte kept the painting in his bedroom.

During the 20th century, it was an object for mass reproduction, merchandising, lampooning, and speculation and was claimed to have been reproduced in “300 paintings and 2,000 advertisements”. The Mona Lisa was regarded as “just another Leonardo until the early last century when the scandal of the painting’s theft from the Louvre and subsequent return kept a spotlight on it over several years. The 1911 theft of the Mona Lisa and its subsequent return was reported worldwide, leading to a massive increase in public recognition of the painting.

Even Picasso was under suspicion for the theft. During the investigation, the gendarmes went so far as to question known art dissidents such as Pablo Picasso about the theft. They briefly arrested poet Guillaume Apollinaire, who had once said the painting should be burned. Their suspicions proved to be unfounded.

Newspapers spread the story of the crime worldwide. When the painting finally returned to the Louvre two years later, practically the whole world was cheering.

Did you know that Mona Lisa receives fan mail?

Since the painting first arrived at the Louvre in 1815, the “Mona Lisa” has received many love letters and flowers from admirers. She even has her own mailbox.

Although the Mona Lisa is undoubtedly good art, there is no single reason for its celebrity. Instead, it is hundreds of circumstances – from its fortuitous arrival at the Louvre to the mythmaking of the 19th century to the endless reproductions of the 20th and 21st centuries – that have all worked together with the painting’s inherent appeal to make the Mona Lisa the world’s most famous painting ever.

Did you learn anything new?

If you want to have a famous painting in your home, here is your chance to create it. I have made a Mona Lisa Blanket Pattern.

It is a Tapestry Crochet Blanket Pattern with Written Instructions. You can buy it in my Etsy Shop here, or on my Website here. Use the code BESTOFCROCHET and receive 20% off.

If you are not familiar with the Tapestry Crochet Technique, you can check out the photo tutorial here: Tapestry crochet Instructions and Free Pattern. 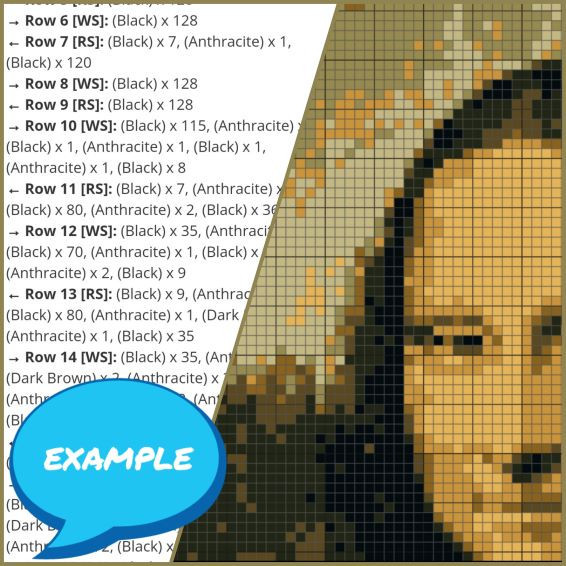 Thank you for reading. Do you have a favorite painting you would like me to create? Let me know in the comments below, and maybe I will complete your favorite famous work of art. 🙂