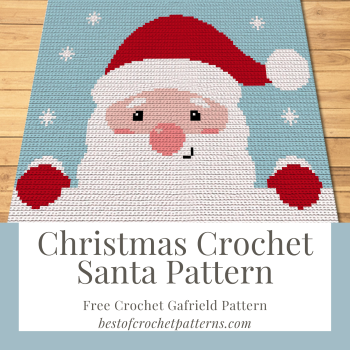 Today I want to share with you fun facts about Santa. Or how a bearded black Bishop born in Turkey became America’s favorite white Saint.

At the end of the post, I have a Christmas present for you, a Free Garfield blanket pattern.

Through the post, you will see some of my other Christmas patterns that you can find in my Etsy shop PrettyThingsByKatja. Right now (December 2020), my Christmas patterns are all 30% off. But because you are my reader, I also want to give you a discount code for 20% off on all other patterns in my Etsy Shop too. Just enter the code: BESTOFCROCHET, and you can take advantage of this deal. 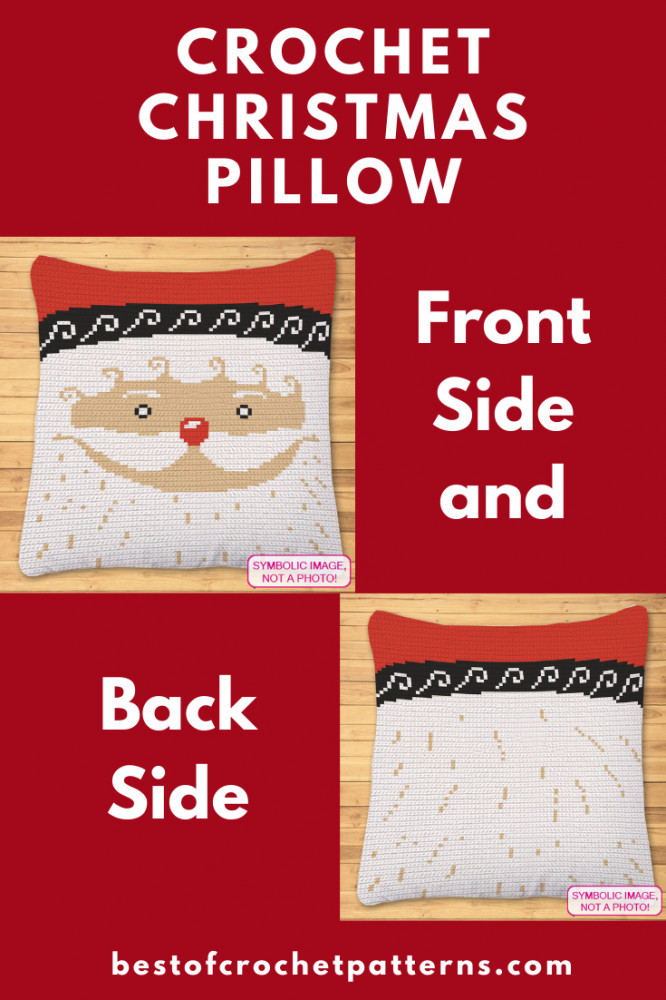 If you want to know more about Christmas Gnomes, you can read my previous post here: Christmas Crochet Gnome Patterns.

Santa Claus—otherwise known as Saint Nicholas or Kris Kringle— has a long history steeped in Christmas traditions. Today, he is mainly thought of as the jolly man in red who brings toys to good girls and boys on Christmas Eve, but his story stretches all the way back to the 3rd century when Saint Nicholas walked the earth and became the patron saint of children. 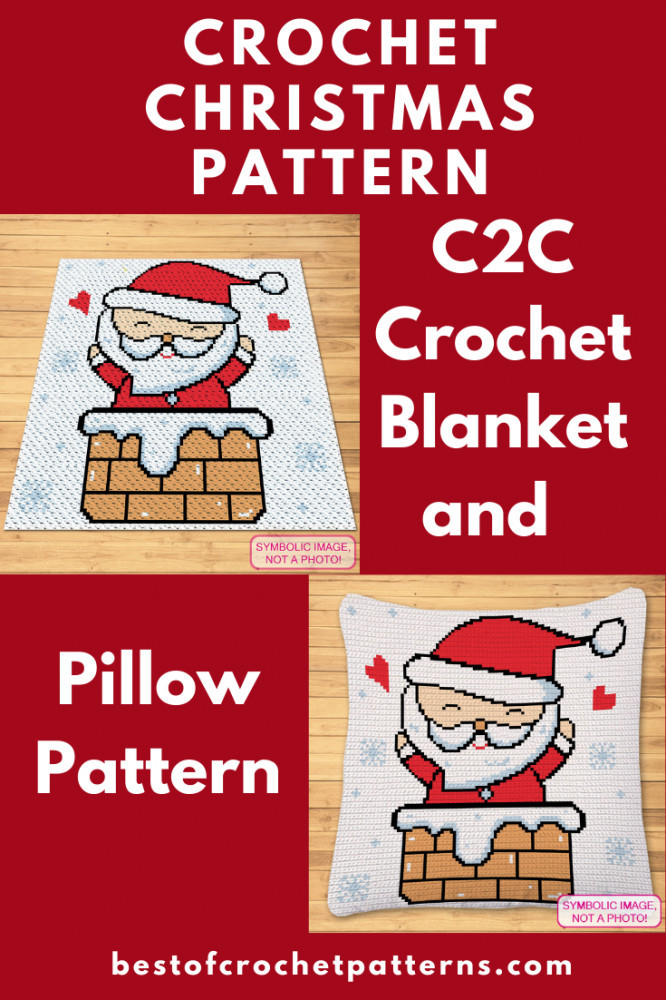 The Legend of St. Nicholas: The Real Santa Claus

The legend of Santa Claus can be traced back hundreds of years to a monk named St. Nicholas. It is believed that Nicholas was born sometime around 280 A.D. in Patara, near Myra in modern-day Turkey. Much admired for his piety and kindness, St. Nicholas became the subject of many legends.

Nicholas became bishop of Myra, a small Roman town in modern Turkey. He was neither fat nor jolly but developed a reputation as a fiery, wiry, and defiant defender of church doctrine during the Great Persecution in 303 when Bibles were burned, and priests made to renounce Christianity or face execution.

Nicholas defied these edicts and spent years in prison before the Roman emperor Constantine ended Christian persecution in 313 with the Edict of Milan.

Nicholas’s fame lived long after his death (on December 6 in the mid-fourth century, around 343) because he was associated with many miracles. 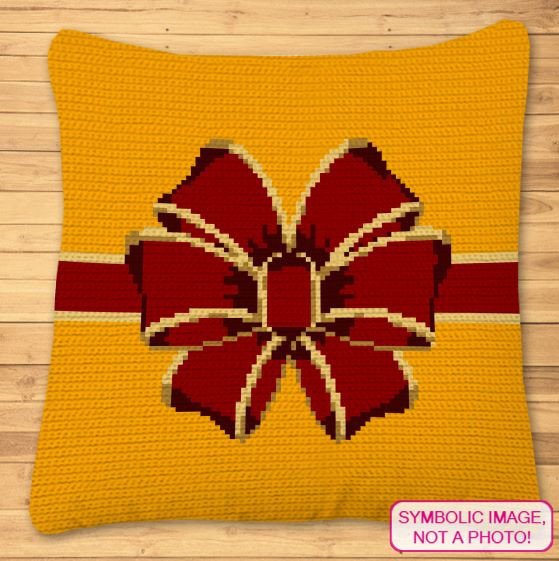 It is said that he gave away all of his inherited wealth and traveled the countryside, helping the poor and sick. One of the best-known St. Nicholas stories is the time he saved three poor sisters from being sold into slavery or prostitution by their father by providing them with a dowry so that they could be married. Over the course of many years, Nicholas’s popularity spread, and he became known as the protector of many different people, from children to sailors to prisoners.

His feast day is celebrated on the anniversary of his death, December 6. It was traditionally considered a lucky day to make large purchases or to get married.

By the Renaissance, St. Nicholas was the most popular Saint in Europe. Even after the Protestant Reformation, when the veneration of saints began to be discouraged, St. Nicholas maintained a positive reputation, especially in Holland.

But after the Protestant Reformation began in the 1500s, saints like Nicholas fell out of favor across much of northern Europe.

In many cases, the job of bringing gifts fell to baby Jesus, and the date was moved to Christmas rather than December 6. But the infant’s carrying capacity is very limited, and he’s not very scary either, so the Christ child was often given a frightening helper to do the lugging of presents and the threatening of kids that doesn’t seem appropriate coming from the baby Jesus. 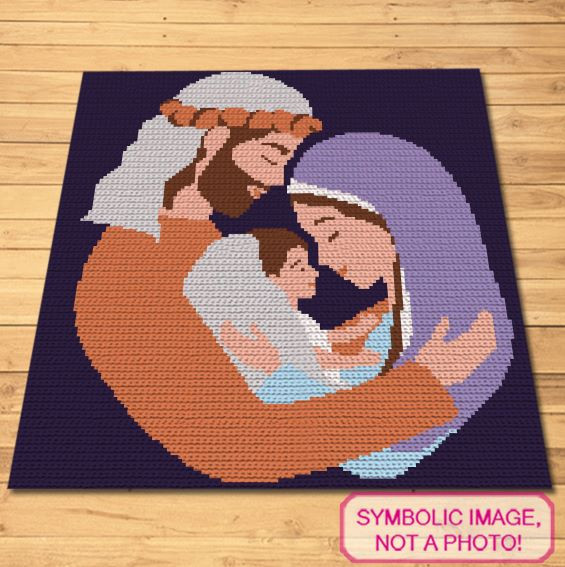 In the Netherlands, kids and families simply refused to give up St. Nicholas as a gift-bringer. The name Santa Claus evolved from Nick’s Dutch nickname, Sinter Klaas, a shortened form of Sint Nikolaas (Dutch for Saint Nicholas).

In 1822 Clement Clarke Moore wrote “A Visit From St. Nicholas,” better known today as “The Night Before Christmas,” for his six children, with no intention of adding to the fledgling Santa Claus phenomenon. It was published the next year anonymously, and to this day, the plump, jolly Santa described therein rides a sleigh driven by eight familiar reindeer.

But familiar as the poem is, it still leaves much to the imagination. The 19th century saw Santa appear in different-colored clothing, sizes from miniature to massive, and in various appearances. 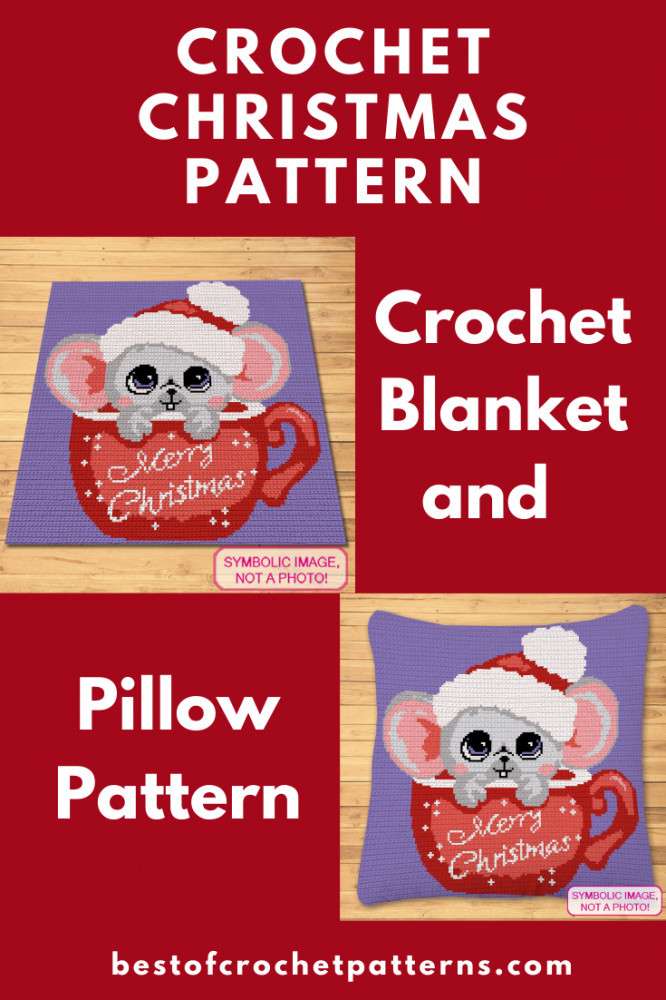 It wasn’t until the late 19th century that the image of Santa became standardized as a full-size adult, dressed in red with white fur trim, venturing out from the North Pole in a reindeer-driven sleigh and keeping an eye on children’s behavior.

In 1881, political cartoonist Thomas Nast drew on Moore’s poem to create the first likeness that matches our modern image of Santa Claus. His cartoon, which appeared in Harper’s Weekly, depicted Santa as a rotund, cheerful man with a full, white beard, holding a sack laden with toys for lucky children. It is Nast who gave Santa his bright red suit trimmed with white fur, North Pole workshop, elves, and his wife, Mrs. Claus. 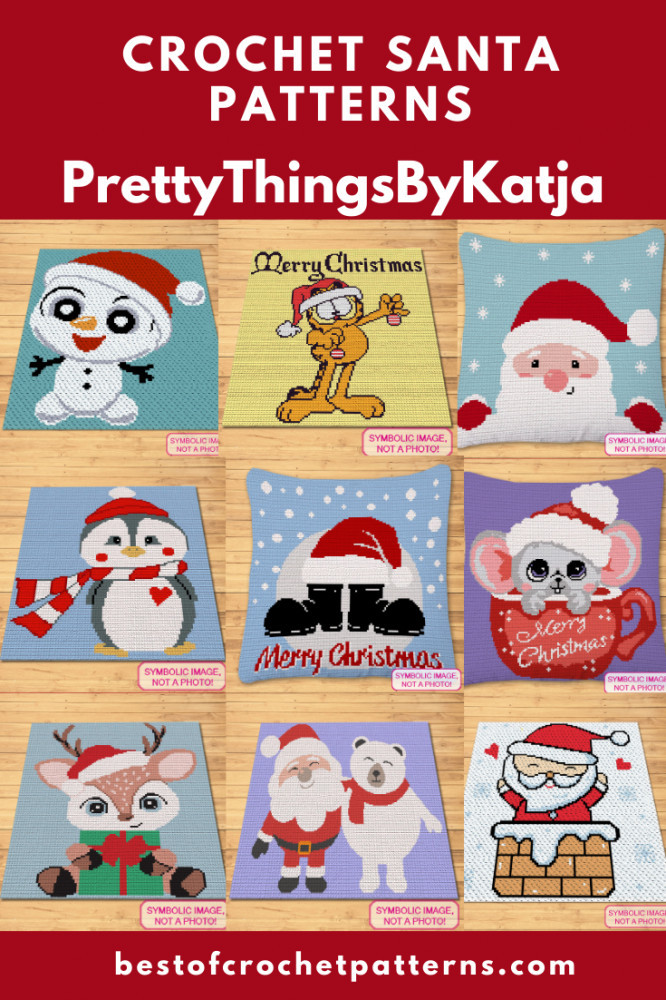 Santa Claus Around The World

18th-century America’s Santa Claus was not the only St. Nicholas-inspired gift-giver to make an appearance at Christmastime. There are similar figures and Christmas traditions around the world.

Christkind or Kris Kringle was believed to deliver presents to well-behaved Swiss and German children. Meaning “Christ child,” Christkind is an angel-like figure often accompanied by St. Nicholas on his holiday missions.

In Scandinavia, a jolly elf named Jultomten was thought to deliver gifts in a sleigh drawn by goats.

Père Noël is responsible for filling the shoes of French children. 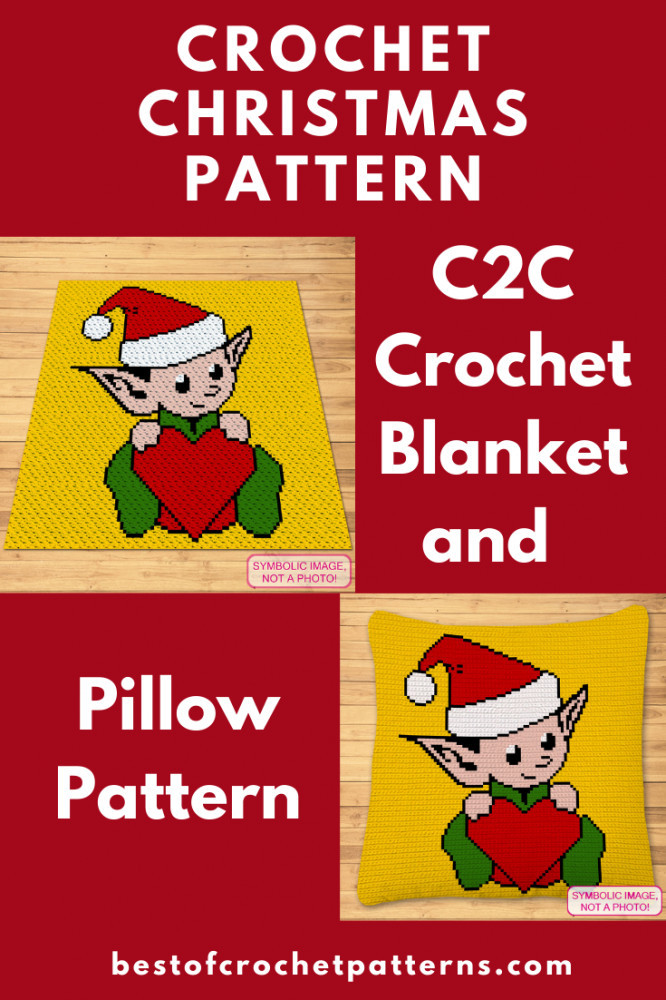 In Russia, it is believed that an elderly woman named Babouschka purposely gave the wise men wrong directions to Bethlehem so that they couldn’t find Jesus. Later, she felt remorseful but could not find the men to undo the damage. To this day, on January 5, Babouschka visits Russian children leaving gifts at their bedsides in the hope that one of them is the baby Jesus and she will be forgiven.

In Italy, a similar story exists about a woman called La Befana, a kindly witch. She rides a broomstick down the chimneys of Italian homes to deliver toys into the stockings of lucky children. 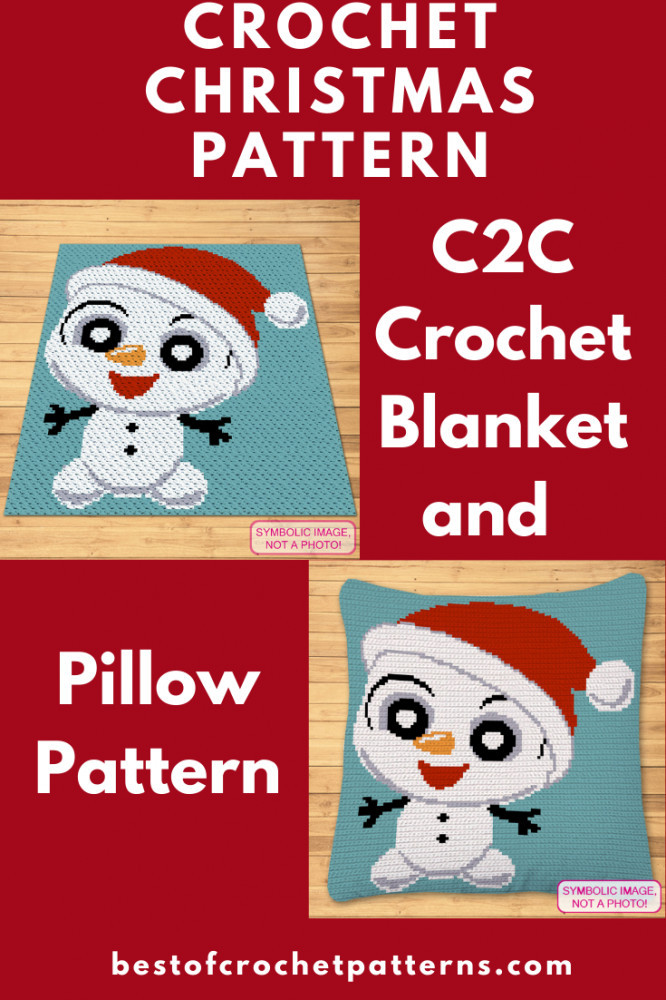 Did you know there are so many different gift bringers around the world? Did Santa’s history surprise you?

I hope you found something fun that you can share with your friends and family.

And now, here is my Christmas Gift for you. 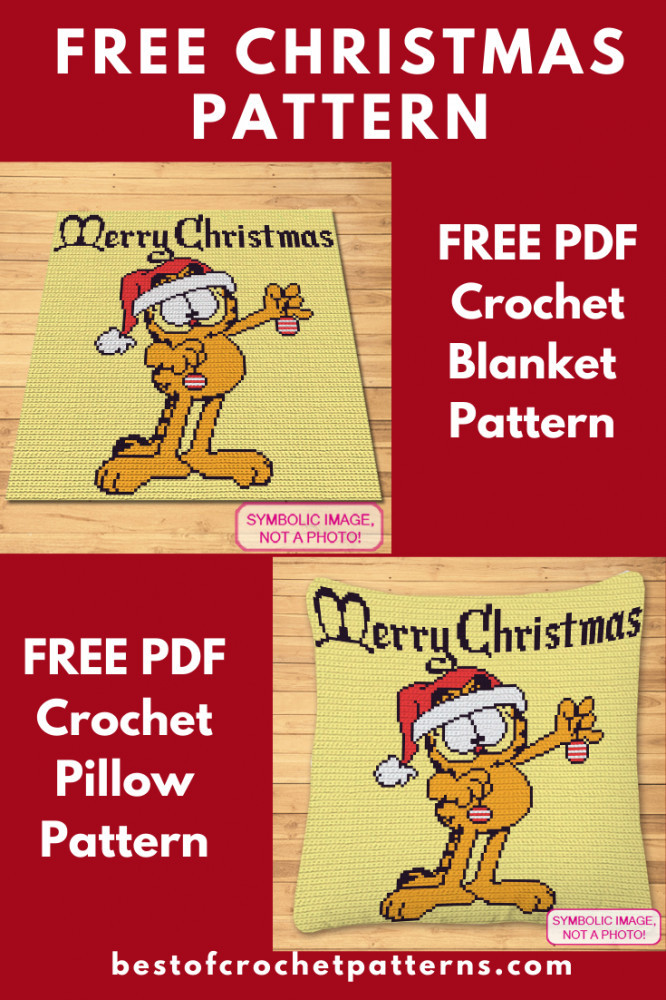