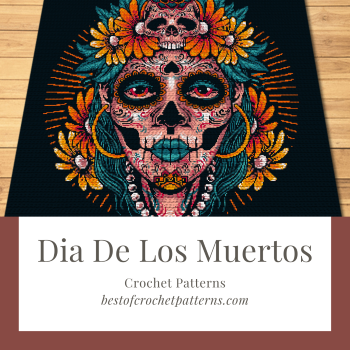 Today I would like to show you new Dia De Los Muertos Crochet patterns in my Etsy Shop Pretty Things By Katja.

The Day of the Dead (Spanish: Día de Muertos or Día de Los Muertos) is a Mexican holiday celebrated in Mexico and elsewhere associated with the Catholic celebrations of All Saints’ Day and All Souls’ Day and is held on November 1 and 2. The multi-day holiday involves family and friends gathering to pray for and to remember friends and family members who have died. It is commonly portrayed as a day of celebration rather than mourning. 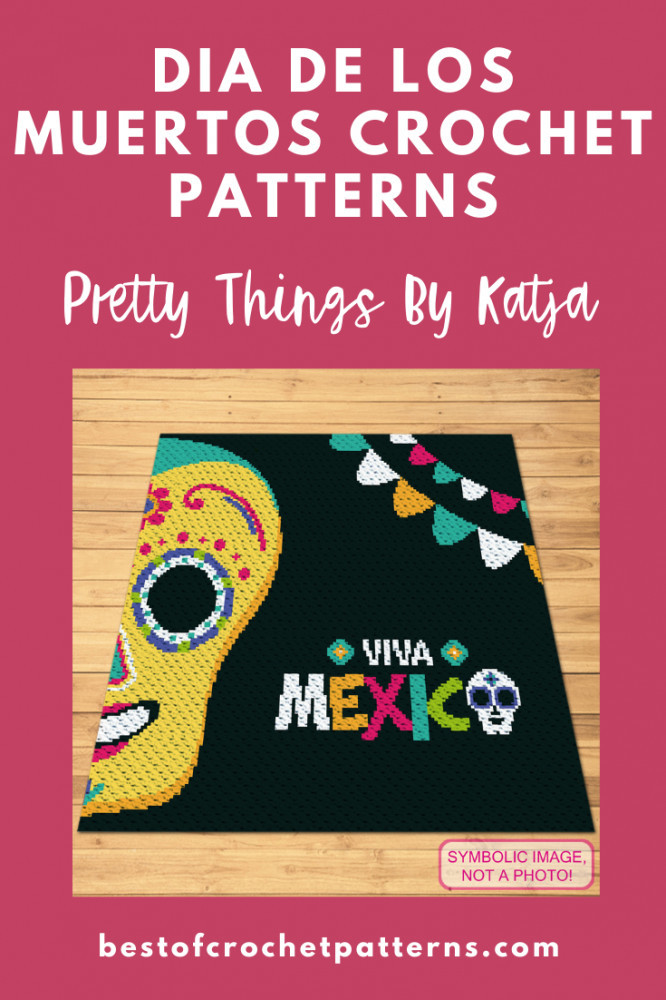 Here’s one thing we know: Día de Los Muertos, or Day of the Dead, is not a Mexican version of Halloween.

Though related, the two annual events differ significantly in traditions and tone. Whereas Halloween is a dark night of terror and mischief, Day of the Dead festivities unfolds over two days in an explosion of color and life-affirming joy. Sure, the theme is death, but the point is to demonstrate love and respect for deceased family members.

In towns and cities throughout Mexico, revelers don funky makeup and costumes, hold parades and parties, sing and dance, and make offerings to lost loved ones.

Thanks to efforts by the United Nations Educational, Scientific and Cultural Organization, or UNESCO, the term “cultural heritage” is not limited to monuments and collections of objects. It also includes living expressions of culture—traditions—passed down from generation to generation.

In 2008, UNESCO recognized the importance of Día de Los Muertos by adding the holiday to its list of Intangible Cultural Heritage of Humanity.

Today, Mexicans from all religious and ethnic backgrounds celebrate Día de Los Muertos, but the holiday is a reaffirmation of indigenous life at its core. 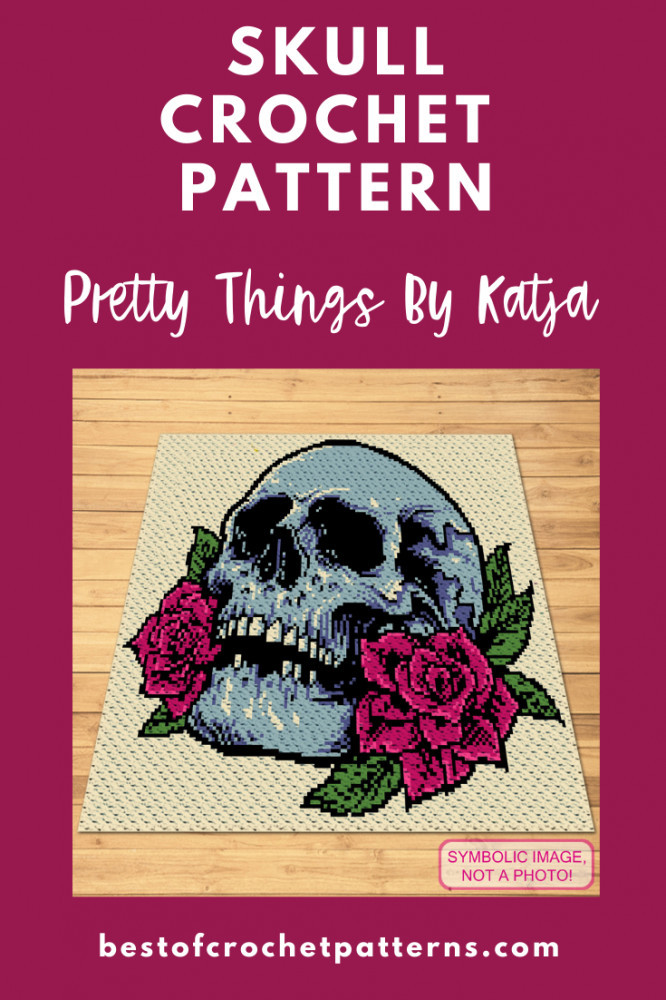 Dy of the Dead originated several thousand years ago with the Aztec, Toltec, and other Nahua people, who considered mourning the dead disrespectful. For these pre-Hispanic cultures, death was a natural phase in life’s long continuum. The dead were still members of the community, kept alive in memory and spirit—and during Día de Los Muertos, they temporarily returned to Earth.

Today’s Día de Los Muertos celebration is a mash-up of pre-Hispanic religious rites and Christian feasts. It takes place on November 1 and 2 – All Saints’ Day and All Souls’ Day on the Catholic calendar—around the time of the fall maize harvest.

Calavera means “skull.” But during the late 18th and early 19th centuries, Calavera was used to describe short, humorous poems, which were often sarcastic tombstone epitaphs published in newspapers that poked fun at the living. These literary Calaveras eventually became a popular part of the Día de Los Muertos celebrations. Today the practice is alive and well. You’ll find these clever, biting poems in print, read aloud, and broadcast on television and radio programs. 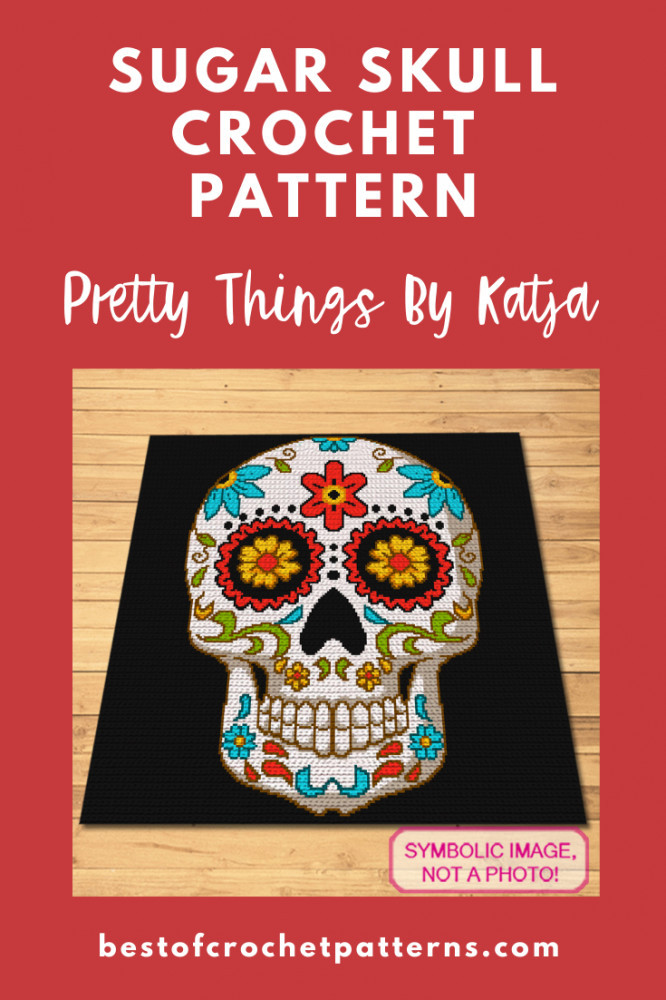 In 1947 artist Diego Rivera featured Posada’s stylized skeleton in his masterpiece mural “Dream of a Sunday Afternoon in Alameda Park.” Posada’s skeletal bust was dressed in a large feminine hat, and Rivera made his female and named her Catrina, slang for “the rich.” Today, the Calavera Catrina, or elegant skull, is the Day of the Dead’s most ubiquitous symbol. 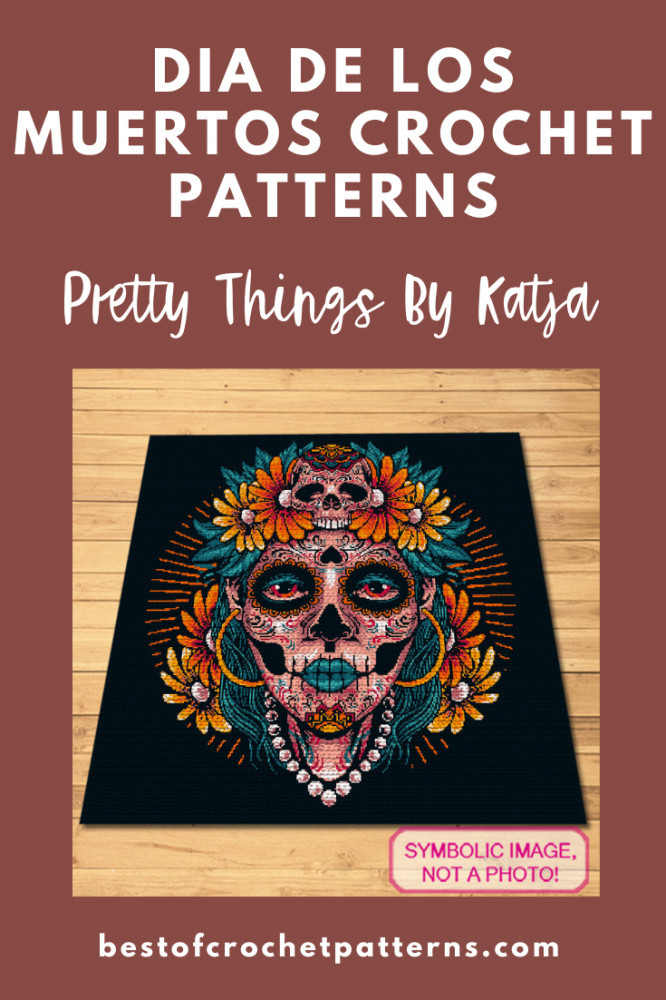 Sugar skulls are part of a sugar art tradition brought by 17th-century Italian missionaries. Pressed in molds and decorated with crystalline colors, they come in all sizes and levels of complexity. 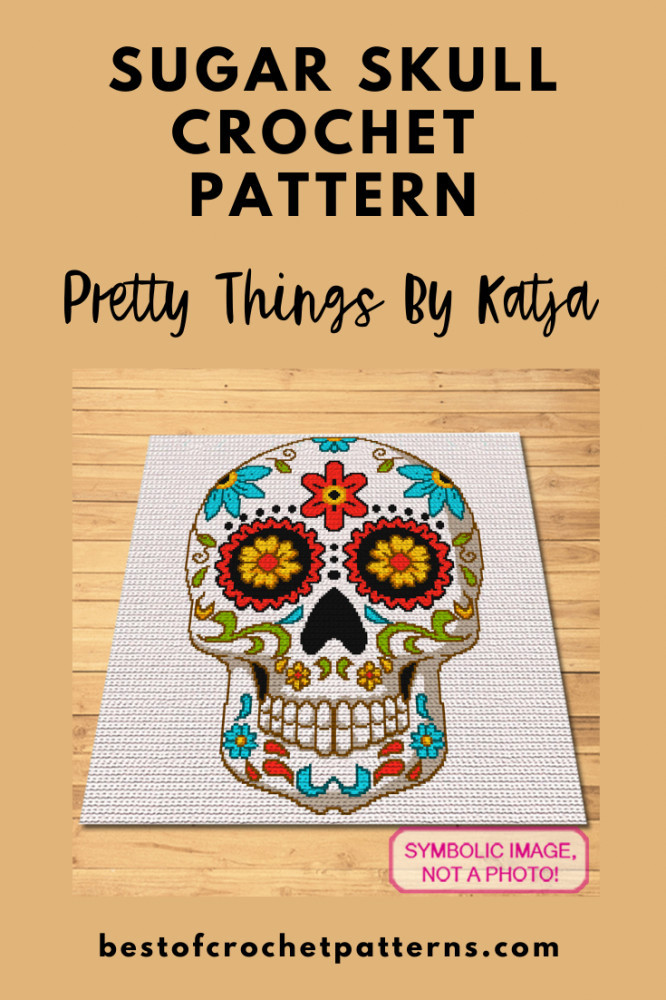 Day of the Dead is a highly social holiday that spills into streets and public squares at all hours of the Day and night. Dressing up as skeletons is part of the fun. People of all ages have their faces artfully painted to resemble skulls, and, mimicking the Calavera Catrina, they don suits and fancy dresses. Many revelers wear shells or other noisemakers to amp up the excitement and possibly rouse the dead and keep them close during the fun.

Thanks to recognition by UNESCO and the global sharing of information, Día de Los Muertos is more popular than ever—in Mexico and, increasingly, abroad. For more than a dozen years, the New York-based nonprofit cultural organization Mano a Mano: Mexican Culture Without Borders has staged the city’s largest Day of the Dead celebration. But the most authentic celebrations take place in Mexico. 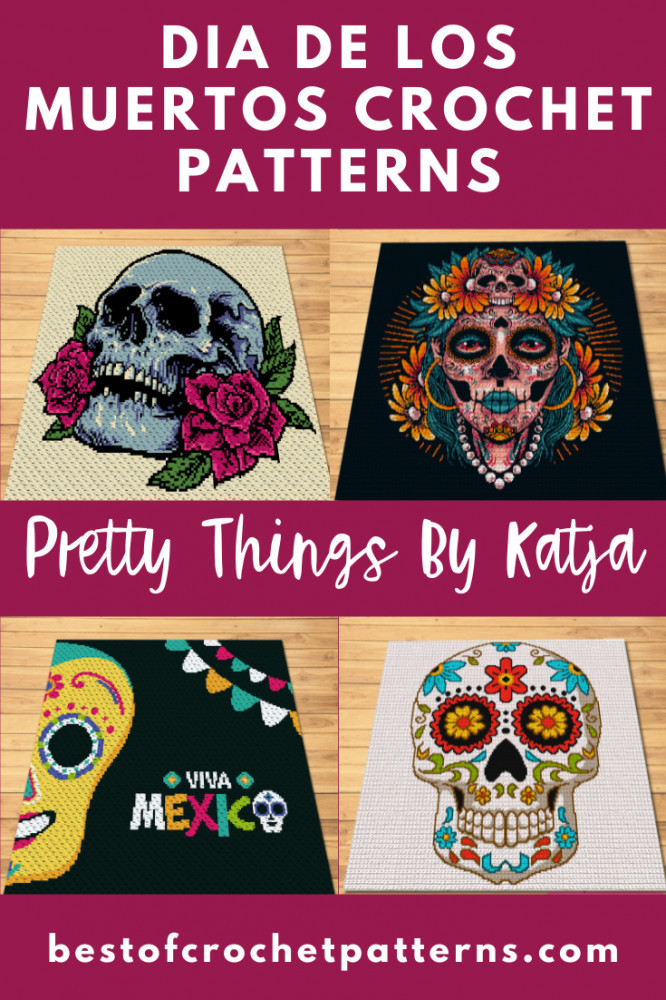 If you find yourself in Mexico City the weekend before Day of the Dead this year, make sure to stop by the grand parade, where you can join in on live music, bike rides, and other activities in celebration throughout the city.

I hope you learned something new. If you like my patterns on the photos, you can use the code: BESTOFCROCHET and get 20% off.

Please, share which is your favorite pattern in the comments below.